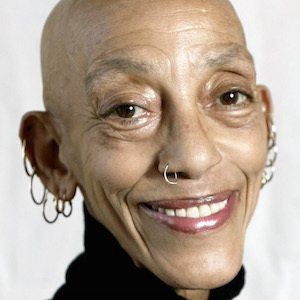 Used natural materials, such as twigs, leather, and mud, in her artwork. Her work was exhibited at the Columbus Museum of Art, the Tacoma Art Museum, and the Brooklyn Museum.

She attended Columbus College of Art and Design, from which she graduated in 1960. She also attended The Ohio State University, Franklin University, and Bliss College.

She received an award from the MacArthur Fellows Program in 2004.

She was born and raised in Columbus, Ohio, in Poindexter Village, one of the earliest federally funded metropolitan housing developments in the United States.

She was influenced by the expressionist artist Jackson Pollock.

Aminah Robinson Is A Member Of