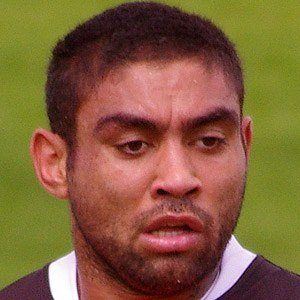 Indigenous Australian who played wing and fullback for the South Sydney Rabbitohs of the National Rugby League.

Despite struggling in his first several years in rugby's first grade, he began to flourish with the Rabbitohs in 2006.

He grew up in Sydney, New South Wales.

Nathan Merritt Is A Member Of