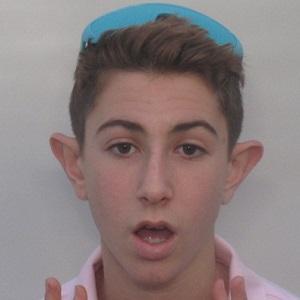 He played a lot of sports, made videos, and hung out with friends.

Some friends of his were the ones who initially told him about Vine, which led to him creating his profile.

He was born and raised in San Francisco, California. He has a brother who can be seen in his video "I am the sting pong master! Nailed my brother in the face."

Nathan Storey Is A Member Of