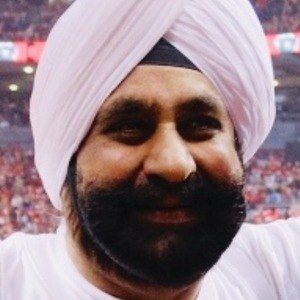 Indian man who has become a local Canadian celebrity for his superfandom of the NBA's Toronto Raptors. As of the 2016-2017 season, he claims not to have missed a Raptors home game since 1995.

He moved to Canada from India in 1984

He is car salesman whose advertisements have appeared on buses across Ontario.

He married a woman named Arvinder and has a daughter named Tia.

He and rapper Drake are two of the best-known fans of the Toronto Raptors.

Nav Bhatia Is A Member Of