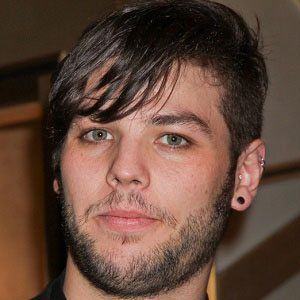 Rock guitarist, frontman of the Los Angeles based band Them Guns, and son of actress Priscilla Presley.

He cites bands like Nine Inch Nails, Nirvana, and Kings of Leon as influences to pursue music.

He is the son of Elvis Presley's widow, Priscilla, and Italian director Marco Garibaldi. Lisa Marie Presley is his half sister.

He is the uncle of actress Riley Keough, who was seen in the 2015 action adventure Mad Max: Fury Road.

Navarone Garibaldi Is A Member Of