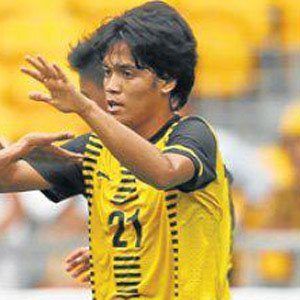 Midfielder whose Malaysian U23 team won gold in the 2011 Southeast Asian Games. He was promoted to the Malaysian senior squad in 2013.

He played with the Bukit Jalil Sports School prior to beginning his professional career.

He signed a contract with the Portuguese team S.C. Beira-Mar in 2012, then joined PKNS a year later.

He was born in Kuala Lumpur, Malaysia.

Nazmi Faiz Is A Member Of