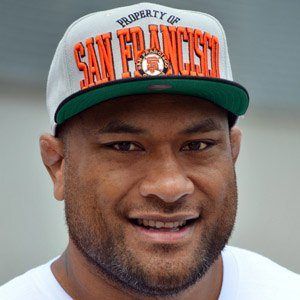 Rugby union prop who represented New Zealand in international play from 2005 to 2010. He was also a longtime member of the Hurricanes in Super Rugby, playing for the squad from 2004 to 2011.

He moved to American Samoa as a one-year-old and made his provincial debut for Wellington in 2003.

He is a talented visual artist who has designed tattoos for himself as well as his teammates.

He has nieces named Vineta and Tasi.

He idolized former All Black captain Tana Umaga while growing up.