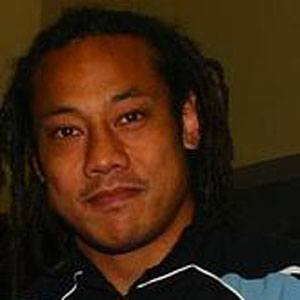 Longtime center who captained the New Zealand All-Blacks during his 8-year international career.

He played amateur rugby for the Wainuiomata Lions before turning professional in 1994.

He grew up in Lower Hutt, New Zealand to Samoan immigrant parents.

He was teammates with Robin Brooke on New Zealand's international rugby team.

Tana Umaga Is A Member Of