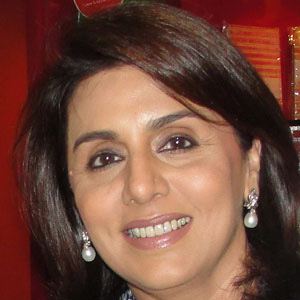 She began acting at age eight and was credited as Baby Sonia for her role in the 1966 film Dus Lakh.

She was most active in the film industry during the 1960s and '70s and, beginning in 1983, took a twenty-six year break from the business.

She married fellow Indian cinema star in 1980 and together they had two children. The couple's daughter became a fashion designer and their son followed in his parents' footsteps and became a Bollywood actor.

She starred alongside Ranbir Kapoor in the 2013 comedy Besharam.

Neetu Singh Is A Member Of