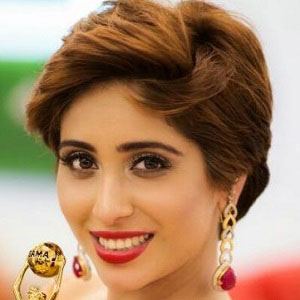 Initially famous for her membership in the popular Indian girl group VIVA, she is also known for her award-winning work as a cinematic playback singer. For her work in the film Mere Brother Ki Dulhan, she won a 2011 Stardust Award for "Musical Sensation of the Year."

She won a vocal music competition at the age of nine and went on to study voice and dance and to attend Lady Sri Ram College. She joined VIVA in 2002 after appearing on an Indian Channel V reality talent competition.

She and her VIVA bandmates performed for an audience of more than fifty thousand during their debut concert.

The daughter of Ashok and Rekha Bhasin, she spent her youth in New Delhi, India.

Neha Bhasin Is A Member Of