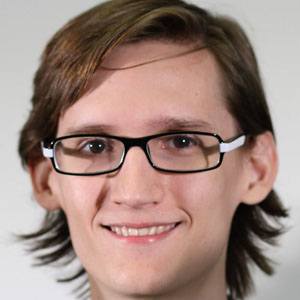 Comedian who created the surrealist animation Animutation and the YouTube series Potter Puppet Pals, which included the incredibly popular video, "The Mysterious Ticking Noise." He releases and performs music under the name Lemon Demon.

His Animutation, "Hyakugojyuuichi" was one of his earliest successful videos.

He created the wildly popular video and song "Ultimate Showdown of Ultimate Destiny," which he performed under the name Lemon Demon.

He was born in Boston, Massachusetts, to parents Nancy and Jerry; he has siblings named Emmy and Ben. In 2015, he married Ming Doyle. They welcomed a daughter named Darcy in March of 2018.

Neil Cicierega Is A Member Of