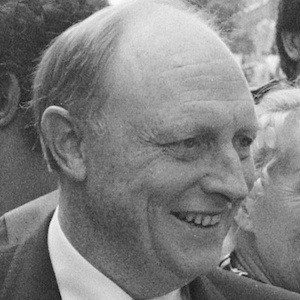 Politician in the British Labour Party who served as a Member of Parliament from 1970 to 1995 and Vice President of the European Commission from 1999 to 2004.

He was born an only child and earned a degree in industrial relations and history from the University College of South Wales and Mommouthshire in 1965.

He was featured in Tracy Ullman's pop video My Guy.

He married Gladys Kinnock in 1967, and they had two children.

Neil Kinnock Is A Member Of