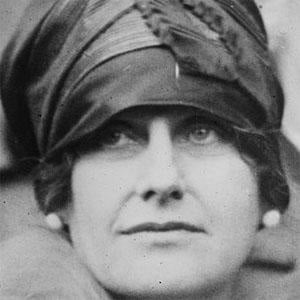 14th Governor of Wyoming from 1925 to 1927 who was the first female governor in the history of the United States. She was known for her staunch advocacy of prohibition.

She was elected into office partly on the popularity of her husband William Ross, who died after a year and a half as Wyoming's governor from complications from an appendectomy.

After her governorship she was Director of the U.S. Mint, and thus was one of the first women to hold a high federal office.

She married William B. Ross in 1902. Her brother Samuel was a judge in San Antonio, Texas.

She used the occasion of Calvin Coolidge's inaugural parade to show the nation that her state wasn't just uncivilized wild land.

Nellie Tayloe Ross Is A Member Of