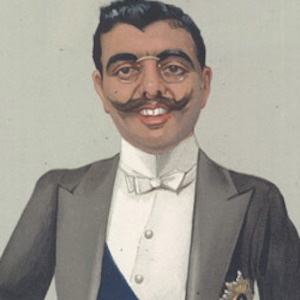 His Highness Sir Sultan Mohammed Shah, who was the 48th Imam of the Nizari Ismaili community. He was the first president of All-India Muslim League and helped create the Republic of Pakistan.

He succeeded his father as the Imam of Shia Muslims at age eight.

His great-grandfather was Iran Fath Ali Shah of Persia.

He was succeeded by Aga Khan IV.

Aga Khan III Is A Member Of