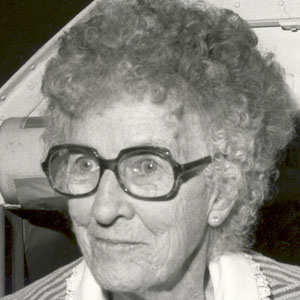 Pioneering aviatrix who opened her own flight school and counted among her first students a young .

She was initially rejected by the Curtiss Flying School, but when her second-choice school closed halfway through her studies, she re-applied to Curtiss and was accepted.

She grew up in Mount Carroll, Illinois, where her childhood love of mechanics was nurtured by her father.

She was invited to fly a replica of Charles Lindbergh's Spirit of St. Louis in 1977.

Neta Snook Is A Member Of