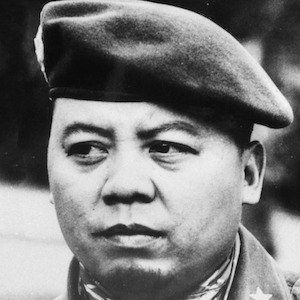 He received his early education in Cambodia and joined the independence coalition Viet Minh in 1945.

He was exiled from Vietnam in 1965 and lived much of the remainder of his life in the United States.

He had six children with his wife, Madame Khanh.

He and Truong Tan Sang both served as the President of Vietnam.

Nguyen Khanh Is A Member Of