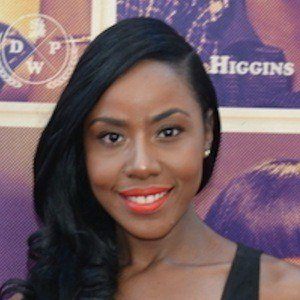 Her first on-screen performance was in the 2009 TV movie La La Land.

She was born in Brooklyn, New York but is of Trinidadian descent. She later moved to Los Angeles.

She has appeared in Step Sisters with Eden Sher.

Nia Jervier Is A Member Of