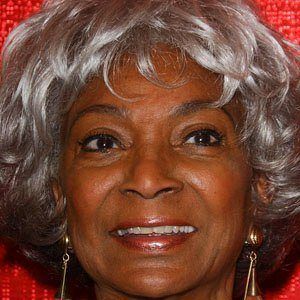 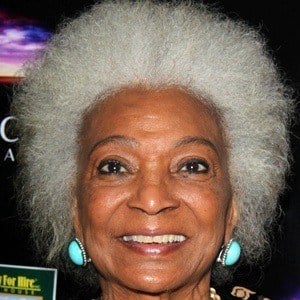 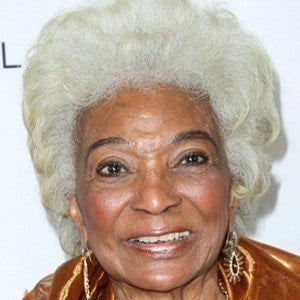 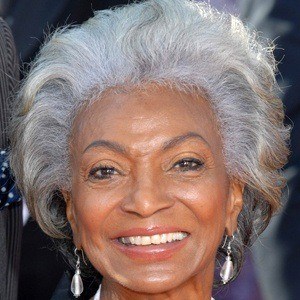 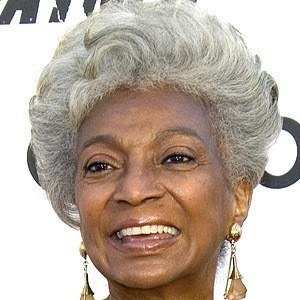 African-American actress who played Lt. Uhura on the television series Star Trek. She appeared in the TV show from 1966 until 1969. She reprised her role later in multiple Star Trek movies.

She made her acting debut in the short-lived musical, Kicks and Co.

Before flying on the USS Enterprise, she sang with Duke Ellington and Lionel Hampton. She amassed over 60 on-screen acting roles throughout her long career.

She married Foster Johnson in 1951, and the couple had a son named Kyle.

She sang with Duke Ellington before she started acting.

Nichelle Nichols Is A Member Of

Are We There Yet?
Snow Dogs
Born In 1932
TV Actresses