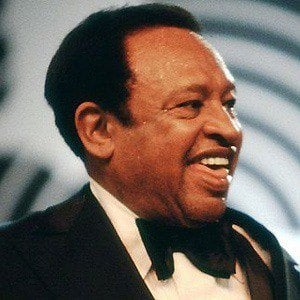 Jazz vibraphonist, bandleader, composer, and educator who has played with artists like Charlie Parker. He was an Alabama Jazz Hall of Fame inductee in 1992.

He was a member of the Bud Billiken Club, which was the racially egalitarian version of the Boy Scouts of America. Jimmy Bertrand taught him how to play xylophone.

He was one of the first mainstream American vibraphone players but started off as a drummer.

He married Gladys Neal Riddle on November 11, 1936. She worked as Hampton's manager.

He collaborated with many artists, including Benny Goodman.

Lionel Hampton Is A Member Of