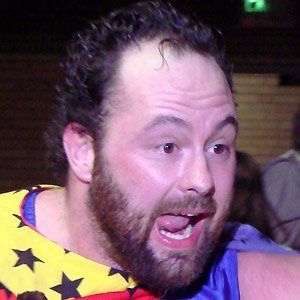 Professional wrestler known in the WWE as 'Eugene' who won the World Tag Team Championship with William Regal in 2005. He was also a ten-time Heavyweight Champion in the Ohio Valley Wrestling League.

He began wrestling in 1996 and was one half of the tag team The Lords of The Ring in Ohio Valley Wrestling.

He was ranked twenty-first on Pro Wrestling Illustrated's 2004 list of the best singles wrestlers.

He famously feuded with Triple H, who defeated him at SummerSlam.

Nick Dinsmore Is A Member Of