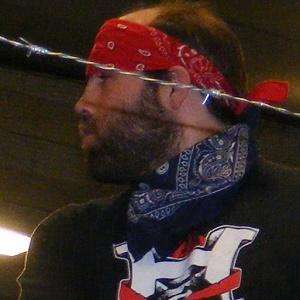 Inaugural CZW World Heavyweight Champion who is better known for an attempted bank robbery that earned him five years in prison.

He trained at CZW Wrestling School before making his professional debut on February 13, 1999.

His brother, Justice Pain, is also a well-known wrestler.

His idol growing up was football star Lawrence Taylor.

Nick Gage Is A Member Of