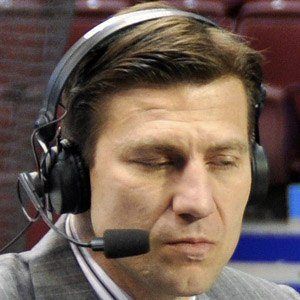 Former hockey player turned radio and television analyst for programs like "Hockey Central at Noon". As an NHL player, he won the Stanley Cup as a member of the 1993-94 New York Rangers.

He played junior hockey for the North Bay Centennials in the Ontario Hockey League.

He married a woman named Anne-Marie and has children.

He and former NHL player Craig Simpson have both hosted NHL on Sportsnet.

Nick Kypreos Is A Member Of