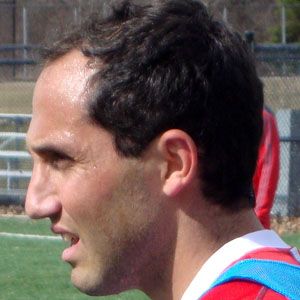 American midfielder who was selected to the MLS All-Star game in 2011 during his first year with Chivas USA. He began his second stint with the Colorado Rapids in 2013.

He played college soccer at Rutgers University from 2003 to 2006.

He was selected 35th overall by the Colorado Rapids in the 2007 MLS SuperDraft.

He was born to Lou and Elaine LaBrocca.

He and British star David Beckham both entered the MLS in 2007.

Nick Labrocca Is A Member Of