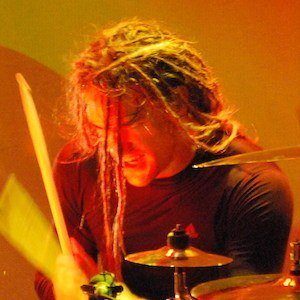 American musician who rose to fame playing drums for the industrial metal band Static-X. He also performed with the alternative metal band Seether on their albums Disclaimer and Disclaimer II.

His father made him his first drum kit consisting of household items such as pots and pans.

Both he and vocalist Wayne Static were members of Static-X.

Nick Oshiro Is A Member Of