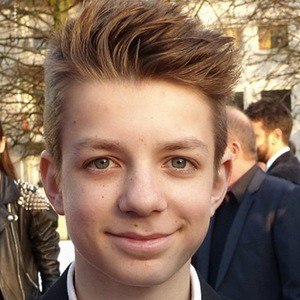 German actor who is most notably known for playing Hugo in the German version of Club der roten Bänder. He previously found success in Katie Fforde - Das Weihnachtswunder von New York and Sommer in Rom.

One of his earliest roles came in 2011 when he appeared in Der letzte schöne Tag.

He shares the screen with Timur Bartels in Club der roten Bänder.

Nick Julius Schuck Is A Member Of