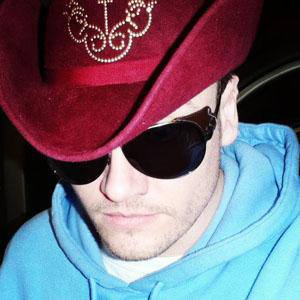 English fashion designer and milliner best known for his hat designs, which have been exhibited at numerous London, New York and Paris Fashion Week events. He has also been noted for being the first designer to launch an eco-friendly collection at Los Angeles' Mercedes-Benz Fashion Week.

He majored in millinery and accessories design at the London College of Fashion. His debut hat collection was launched to international acclaim.

He is one of the three leading milliners in the world.  As an actor, he was cast in a supporting role in a motion picture executive produced by Martin Scorsese for UH Films.

His legal name is N. Hamilton-Smith; but he later rebranded himself as Nick Smith. He was born in Liverpool, England; but has also lived in London, Beverly Hills and New York City.

He became a confidant to Michael Jackson, whom he often made fedoras for.

Nick Hamilton-Smith Is A Member Of