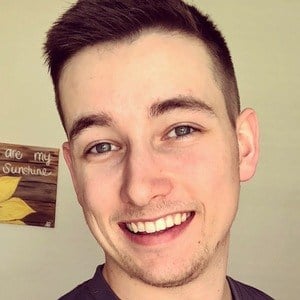 Singer-songwriter known for his Christian values. He's released four EPs and he earned over 1 million fans on TikTok. He has also become popular for his reactions to TikTok videos that make people cringe.

He is a worship leader at his parents' Freedom Destiny church. In December of 2021, he posted a reaction video of himself making fun of a TikTok video made by Addison Rae.

His parents are Adam and Candice Smithyman. His sister is TikTok star Alexandria Knight. He also has another sister named Samantha. He married his wife Avery in August 2015; they have two dogs named Valentine and Rogue, who are heavily featured on his social media.

One of his most popular YouTube Videos features him covering "Be Alright" by Justin Bieber.

Nick Smithyman Is A Member Of