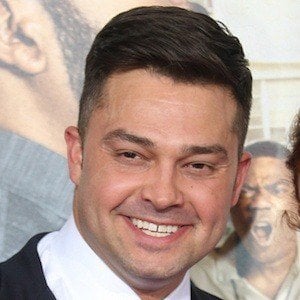 Switch-hitting MLB outfielder who spent the first four years of his career with the Oakland Athletics and won a World Series Championship with the New York Yankees in 2009.

He starred as a strong safety on the football field at Parkersburg High School in West Virginia, yet decided to pursue baseball as his career.

In 2011, he released an album of cover songs to raise money for children with health problems; the album featured fellow major league players Bernie Williams and Barry Zito.

His father Steve Swisher was an MLB catcher. He married actress Joanna Garcia in 2010. They had a daughter named Emerson on May 21, 2013. In July 2016, they welcomed a second daughter named Sailor.

He was managed by Joe Girardi during his time with the New York Yankees.

Nick Swisher Is A Member Of