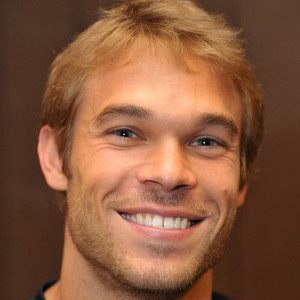 American middle-distance track athlete who has competed at the Olympic Games and is a 5 time US National 800 metres champion.

He earned a degree in biochemistry from Willamette University in 2006.

He has been the co-owner of a tanning salon and has been called the "Brad Pitt" of track.

He once dated Paris Hilton.

Nick Symmonds Is A Member Of