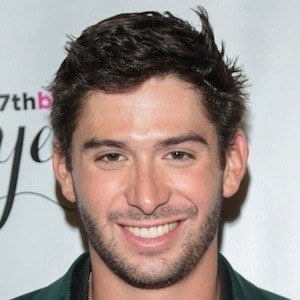 Deckhand who gained widespread fame starring on the Bravo reality series Below Deck. He joined the show's cast in its fourth season.

Having previously worked in real estate, he entered the yachting world after a friend told him about the profession's exotic lifestyle.

Since his reality debut, he has become quite popular on social media, earning more than 60,000 Instagram fans.

He originally hails from Chicago, Illinois.

On the fourth season of Below Deck, he stars alongside Kate Chastain.

Nico Scholly Is A Member Of