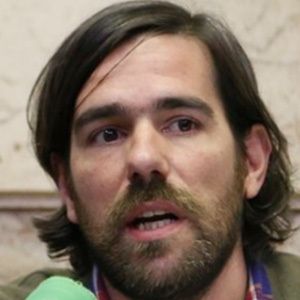 Argentinian politician who became the National Deputy for the Province of Buenos Aires as a member of the Socialist Workers' Party in 2017. He is also a former presidential candidate for the Workers' Left Front.

He studied sociology at the National University of Cuyo.

His largest social media presence is on Twitter where he shares his views with over 140,000 followers.

His father's name is Norberto.

Rogelio Frigerio and Juan Carlos Romero are other prominent politicians who were born in Argentina.

Nicolás Del Caño Is A Member Of