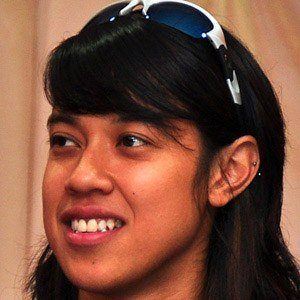 Squash player who is considered one of the greatest ever, she won the World Open Title five consecutive years from 2008-2012.

She was the first female to win the World Junior Squash Championships twice, which she did in 1999 and 2001.

She has won multiple gold medals in the World Games and the Asian Games.

Her parents are Ann Marie David and Desmond David, and her two sisters are also successful squash players.

Nicol David Is A Member Of