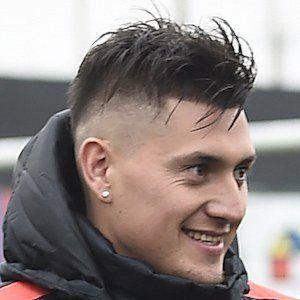 Soccer player who found success early in his career as a striker for Universidad Católica, winning Primera División de Chile and Supercopa de Chile titles. In 2016, he won the Copa América tournament as a member of the Chilean national team.

He was raised in the Renca neighborhood of Santiago, Chile.

He was Chile's top goal-scorer at the FIFA U-20 World Cup with four goals scored.

His parents are Humberto Castillo and Tania Mora.

He has played alongside winger Pablo Barrera on Pumas UNAM.

Nicolas Castillo Is A Member Of