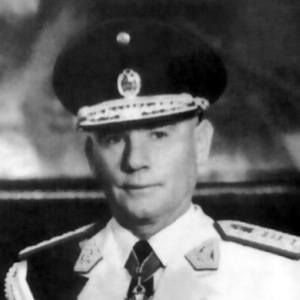 Peruvian military leader who was the Head of the Government in Peru for a short time in 1963, before power was restored to civilian leaders.

After earning his doctorate from the Chorillos Military School in 1926, he worked in the military till he became Commander of the Peruvian Army in 1960.

After his leadership in Peru ended he served as the country's Ambassador to Spain from 1964 to 1975.

His family was of English decent and was one of the wealthiest families in Lima. He married María Álvarez del Villar and lived in Peru till his death.

He is a former President of Peru, following in the footsteps of Francisco Bermudez .

Nicolás Lindley López Is A Member Of