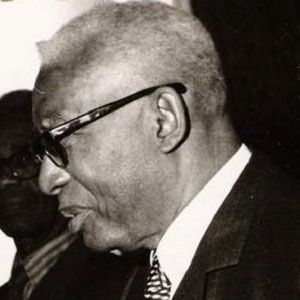 Also known by the nickname of "Papa Doc," this physician-turned-politician became dictator of Haiti in 1957. After taking office, he established a paramilitary organization known as Tonton Macoute, garnering support for his policies through his personal charisma and through the invoking of the Haitian Vodou tradition.

After studying medicine at both the University of Haiti and the University of Michigan, he aided in efforts to prevent the spread of malaria, typhus, and other deadly diseases that were common among Haiti's poor.

He aligned himself with the Négritude political and intellectual movement of the 1930s, and he founded a journal titled Les Griots. He was responsible for killing and/or banishing tens of thousands of Haitian citizens.

His marriage to Simone Ovide resulted in a son named Jean-Claude (who served as President of Haiti during the 1970s and early 1980s) and daughters named Nicole and Marie Denise.

The British journalist Alan Whicker produced a 1969 documentary about Duvalier.

Francois Duvalier Is A Member Of