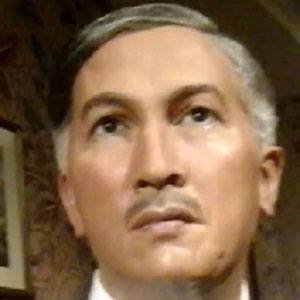 From 1965 until his death in 1970, he served as the first President of Singapore. Also notable as a journalist, he established a Malay-language newspaper titled Utusan Melayu.

Before heading the then-newly-formed Republic of Singapore, he served in the Singapore National Cadet Corps and held office as Head of State of Malaysian-controlled Singapore.

In his youth, he was educated at the Victoria Bridge School and the Raffles Institution.

Born to a Malay mother and a Minangkabau father, he grew up with a younger brother (freedom fighter Aziz Ishak) in Terong, Federated Malay States (located in modern-day Malaysia). His wife was Toh Puan Noor Aishah.

Yusof Bin Ishak Is A Member Of