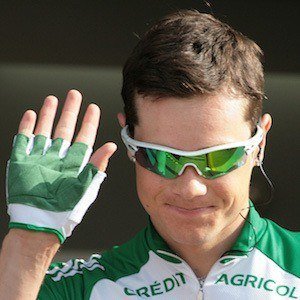 He attended Blackrock College in Dublin where he played soccer and rugby.

He became a professional cyclist in 2004, when he joined Cofidis and became one of the youngest UCI ProTour racers at the time.

He married Deborah Robles. He is son the of former cycling champion Stephen Roche.

He and Bernard Hinault are both cyclists from France.

Nicolas Roche Is A Member Of