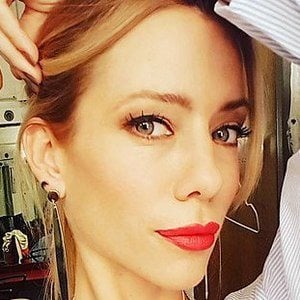 Model known for being one of the most successful Argentine models in the world, appearing on the cover of magazines like Maxim and Cosmopolitan. She has also acted on TV series like The Heir and Sweet Lucia.

She began her professional modeling career at age eleven.

She competed on the Argentine version of Dancing With the Stars in 2011.

Her sister, Geraldine, is also a successful model.

She married and had children with Argentine soccer star Fabian Cubero.

Nicole Neumann Is A Member Of