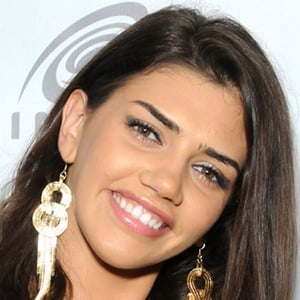 Professional model who is known for having earned representation from Model Werk, Traffic Models, and The Industry Model Management. She is known for modeling a variety of swimwear, lingerie, and other fashionable clothing. She has collaborated with a wide range of companies and brands including Guess and Marciano.

With a passion for modeling early on, she was first signed to The Industry Model Management. She then began appearing in a range of Guess advertisements where she earned more recognition as a model.

In addition to her modeling work, she is also an Instagram star who shares her modeling shots along with other lifestyle content with her over 50,000 followers.

She was born and raised in Romania but later moved to Los Angeles to pursue her career as a model.

Other models known for having earned representation from the modeling agency ModelWerk include Priscilla Mezzadri, Maxence Danet-Fauvel, and Sabina Karlsson.

Nicoleta Vaculov Is A Member Of