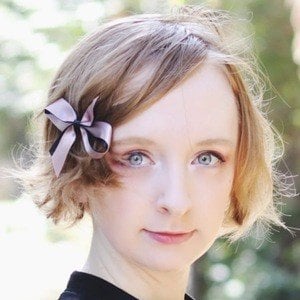 YouTube phenomenon and nightcore artist named Danika whose channel has earned over 3.9 million subscribers. Her selection of music includes original tracks and stylized cover songs. Some of her most-watched videos have earned more than 50 million views.

She created her channel in April of 2013, with her first video being "Nightcore - Metamorphosis."

She created a secondary channel called CrackReality in July of 2015 for non-nightcore-related videos. Her SoundCloud has more than 50,000 followers.

She was born in Seattle, WA and grew up alongside her brother. Her real name is Danika.

NightcoreReality Is A Member Of