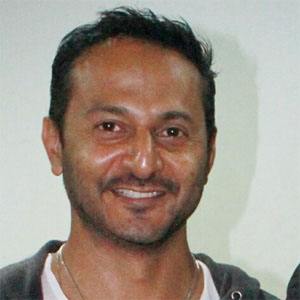 Indian radio DJ and TV presenter often credited with helping to popularize EDM music in India. He was also the host of "India's Got Talent" for two seasons.

He was a student at St. George's College, Agra.

He has helped big-named dance artists like Alesso bring their act overseas to India with his Submerge Music company.

Nikhil Chinapa Is A Member Of