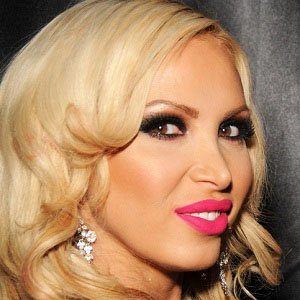 Award-winning Ukranian-Canadian adult film actress who was named the 2011 Pet of the Year by Penthouse Pet.

She worked as a dancer and swimsuit model before entering the industry in 2003.

She attempted to run for mayor of Toronto but was denied due to an out-of-date driver's license.

She was born in Mariupol, Ukraine and moved to Toronto, Canada when she was 7.

She co-hosted the XRCO Awards in 2010 with Lisa Ann.

Nikki Benz Is A Member Of