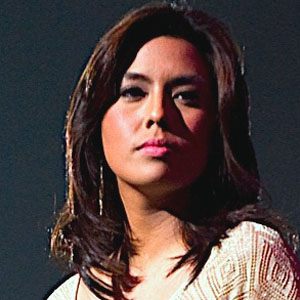 Known for early 2000s albums such as Hear My Heart and Somebody to Love, this Filipina pop singer also had a successful career as a television personality, acting in such popular series as Pieta and Nagsimula sa Puso and hosting Pinoy Dream Academy and other talent programs.

Her 2007 cover of "Gotta Go My Own Way" topped Philippine music charts.

She grew up in Manila, Philippines, as the daughter of singer Julie Gil and pianist Dino Gil. Her sister, Dani Gil, also pursued a career as a vocalist and pianist.

She and Susan McFadden both played the lead role of Elle Woods in professional stage productions of the popular musical Legally Blonde.

Nikki Gil Is A Member Of