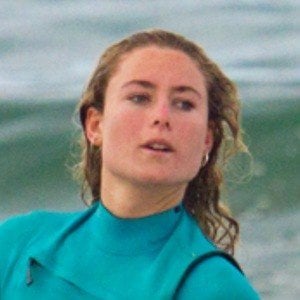 Australian professional surfer known for competing in the World Surf League. She won the Los Cabos Open of Surfing in 2015 and has earned sponsorships from companies like Rip Curl, Channel Islands and Kommunity Project.

He went to school at Newhaven College on Phillip Island. She won the women's world junior title in 2012.

She was featured in Surfing Magazine's 2016 swimsuit issue.

She has an older sister named Nina and a younger brother named Joe.

She and Laura Enever are both Australians who have competed in the World Surf League.

Nikki van Dijk Is A Member Of