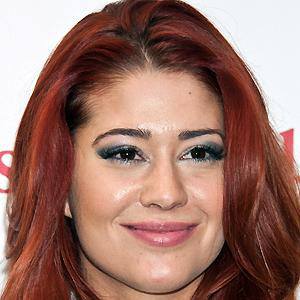 She signed with Island Def Jam records after moving from South Africa to Tennessee as a teen.

She released her second single, Glowing, in December 2012.

She has three sisters, two older and one younger. She finalized a divorce from Weston Cage, son of Nicolas Cage, in June 2013.

Nikki Williams Is A Member Of