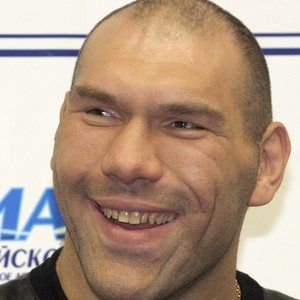 Two-time WBA heavyweight champion and entrepreneur who was forced to retire because of serious bone and joint problems.

He played water polo and basketball as a child.

He married Galina Valueva and he has two sons, Grisha and Sergei, and a daughter, Irina.

He defeated Evander Holyfield on December 20, 2008, in defense of his second WBA Heavyweight title.

Nikolai Valuev Is A Member Of