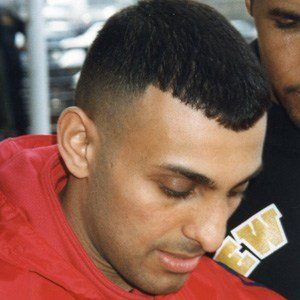 British featherweight boxing champ who was nicknamed Prince. He compiled a career record of 36-1. BoxRecs ranked him as the 35th greatest European pound-for-pound boxer of all time in 2022.

His arrogant style was apparent while he was growing up in Sheffield.

Famous for his showy antics, he would sometimes enter the ring on a flying carpet. World Boxing magazine ranked him the 11th greatest British boxer of all-time, and Gareth A. Davies of The Telegraph ranked him 10th.

He grew up in Sheffield with his Yemeni parents.

He defeated Wilfredo Vazquez via 7th round TKO to retain the WBO featherweight title in April, 1998.

Naseem Hamed Is A Member Of