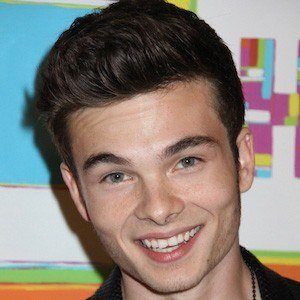 Widely known for his role as Wade Cleary on the HBO fantasy drama True Blood. He appeared in 16 episodes between 2012 and 2014.

He began his career in the entertainment industry at 15 months old as a child model. He earned his first major on-screen role at age 7 in the 2005 film Boogeyman.

Between 2006 and 2007, he appeared as the recurring character Ezra Walker on the series Sons & Daughters. He has also appeared in the films The Ugly Truth and The Truth.

He appeared alongside Alexander Skarsgard on the HBO series True Blood.

Noah Matthews Is A Member Of