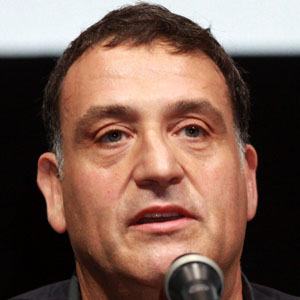 Israeli director best known for directing the 2008 comedy Smart People and the 2013 action film 300: Rise of an Empire. He is a multiple-time DGA Director of the Year nominee, winning the award in 2005.

He was an architecture student and was originally slated to direct 2005's The Ring Two but dropped out due to creative differences.

He is a highl-regarded director of commercials, directing advertisements for high-profile companies like Adidas, Volkswagen and Stella Artois.

He directed Eva Green, who played Artemisia in 300: Rise of an Empire.

Noam Murro Is A Member Of