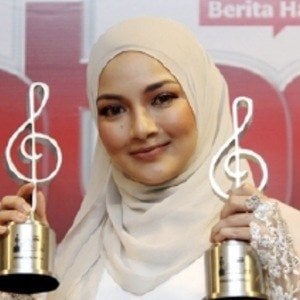 Well known as Neelofa, she is a television actress and host, as well as model, who has won awards in a variety of categories. Her accolades include, but are not limited to, the Blockbuster Award for Best New Heroine and two Daily News Online Star Award for Most Popular Female TV Host.

Her full name is Noor Neelofa binti Mohd Noor, and she was born in Pasir Mas, Kelantan, Malaysia to parents Mohd Noor and Noor Kartini.

She starred alongside Shaheizy Sam in 2012's Nyanyian Sakaratul Maut.

Noor Neelofa Is A Member Of